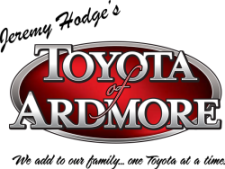 People living in Ardmore, Oklahoma, seem to enjoy driving Toyota Corollas. No matter where in town you look, you’ll see a Corolla parked nearby. You can see them on the streets, at the store, at school, and even at work. A lot of the Corollas in Ardmore are 2018 models, either the standard Corolla or the Corolla iM. Do you know the difference between the two?

The vehicles look very similar and have four doors. The Corolla iM has a slightly more elongated front and is available in a hatchback. This gives the Corolla iM a more squared shape in the back. In fact, this is probably the most noticeable difference in the two cars. So, if you happen to walk out of Key Grocery and Quilts and see both models parked in the parking lot, just look at the back to see which one is the Corolla iM.

The Corolla has a large front bumper and grill but slightly smaller headlights. The Corolla iM has trim on the outside of the doors and a low-profile bumper. On the inside, both vehicles are similar but do have different trim options. Since the Corolla iM is available in a hatchback, it does have more trunk space.

Both vehicles have a variety of options to choose from. When it comes to paint color, the 2018 Toyota Corolla is available in Black Sand Pearl, Classic Silver Metallic, Slate Metallic, and Super White. The 2018 Toyota Corolla iM has more color options, including Black Sand Pearl, Blizzard Pearl, Barcelona Red Metallic, Classic Silver Metallic, Electric Storm Blue, Special Color, and Spring Green. The Corolla has an optional TRD performance exhaust, and the Corolla iM has an optional display audio with navigation.

If you really want to see what makes the 2018 Corolla and the 2018 Corolla iM so different from each other, you just need to see them both in person. You can do that at your local Toyota of Ardmore in Ardmore, Oklahoma. Stop by and check out the selection of vehicles. Compare different years and models on the inside and outside, and test-drive them to see which one drives more to your liking. Once you have seen them both up close, it will be easier to decide which one you want to drive home.